Educated in China for an master engineering and MBA degrees. I grew up with China economy take-off 1989- 2014 working in HP, Oracle and Microsoft, I did R&D, enterprise sales and like to travel. I have been to Europe 25-times, visited the LSP annual meeting as well as 80+ European cities bike tours between 2014-2019.

The first LSP facilitator in China, how did that happen?

Curiosity, playfulness and passion for overseas travel combined, I noticed LSP in 2009 but have to wait till Oct 2010 to join the foundation training by Robert Rasmussen in Odense, Denmark, when LSP was open for public. I started my own company ‘Think with Hands (Beijing) Co. in 2015 to focus on the LSP methodology entirely. I did about 200 LSP workshops and made LSP into 30 Fortune 500 companies in China, I helped to set up an LSP lab in the oldest university in China, Tianjin University. 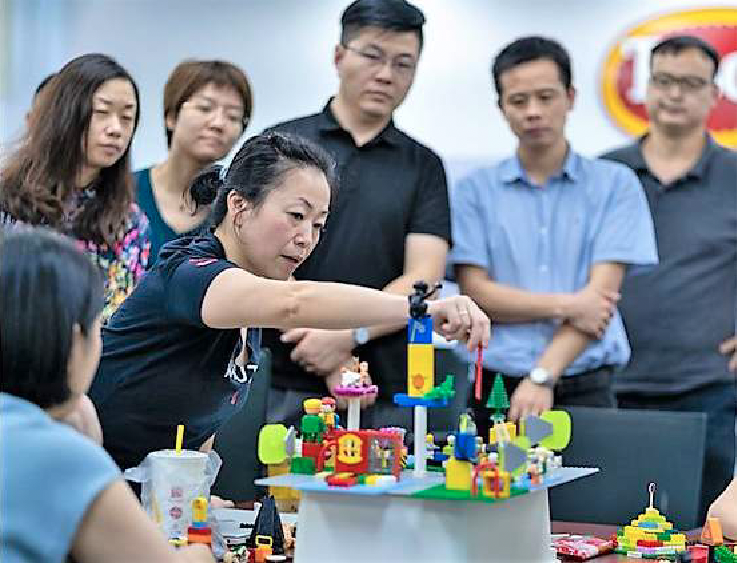 Is there a group or community nowadays in China?

Yes, there is an LSP community in China. The 1st mainland China LSP foundation training was organized by me and conducted by Per Kristiansen in Sept 2016, Beijing, that grew to about 200 LSP facilitators in mainland China, mostly in Beijing and Shanghai. Nowadays there are facilitators in other mega cities, like: Guangzhou, Chengdu, Chongqing, Wuhan and Shenzhen etc.

How are organizations responding to the LSP method in China?

LSP method is aptly accepted by multi-national companies in China, for this reason we have a large percentage of LSP facilitators from these companies. Then local China companies followed, both state and private sectors, lastly government and business schools. We see LSP method as unique, powerful, commanding premium value yet hard to master. The LSP Cathedral needs real craftsmanship, dedication and fellowship.